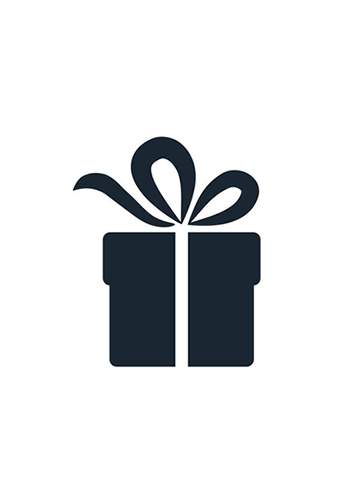 Register and get your discount on your first online purchase. (Except promotion or pre-purchase products, parts/accessories and Outlet. Valid for purchases over 49.99).
Not now, maybe later.

To start the search enter at least 3 characters of a description, brand or reference number

-
+
Notify me when available
Available only for registered customers. Sign in / Register
Add to cart
Add to wishlist

All rights reserved. All prices include VAT at the legal rate and are exclusive to the online store. The mstore is not responsible for any errors published on the site.

The SONAR 112 Xi is an active, state-of-the-art speaker that provides top sound, whether as a full-range speaker, as a stage monitor or in combination with a subwoofer. Powerful components and meticulous HK Audio acoustic engineering guarantee an impressive sound experience with a strong bass.

SONAR 112 Xi offers three input channels: two for microphone or line signals plus one AUX channel, which receives analogue signals as well as via Bluetooth 5.0. Music can be streamed in stereo to two SONAR Xi speakers via Bluetooth TWS (True Wireless Stereo). The volume and 3-band EQ for each channel can be adjusted intuitively using the rotary control and colour display. Thanks to the free SONAR REMOTE app (for iOS and Android), all functions can also be controlled remotely for added convenience

Groundbreaking technology, state-of-the-art development tools and advanced production methods  combine all of these factors with decades of audio expertise, and very special things can happen. Thats exactly what happened with our new SONAR speaker family  it is the first of its kind to deliver high-quality sound and a whole catalogue of professional features at an affordable price point.

The built-in digital mixer on the Xi models offers two channels for microphone or line signals as well as an AUX channel for analogue and Bluetooth 5.0 signals. It can even receive both signals at the same time! The Mix Out is used to forward signals to additional speakers, or can be used as a source for live recording.

Each of the three channels has its own dedicated volume controller as well as a lavishly equipped 3-band EQ. Whats more, three sound modes are available (Live, DJ, Monitor) as well as a preset for using in combination with the SONAR subwoofer.

The mixer is equipped with a master control to adjust the overall volume and operate the DSP menu.

With Bluetooth TWS (True Wireless Stereo), stereo audio streaming via two SONAR Xi models is a breeze. Two linked SONAR Xi speakers can even be controlled remotely at the same time via the Remote app.

The SONAR REMOTE app for iOS and Android tablets and smartphones is so much more than just a remote control for the built-in digital mixer. It lets you control all settings and functions of the SONAR Xi models, including the parameters of the 3-band EQ for each channel. You can also save scenes to make regularly used presets available on demand, such as adjustments to frequently used microphones, modified SONAR Xi setups or basic configurations for different locations.

All settings that are changed in the app are simultaneously shown in the SONAR Xi speaker display, and vice versa! Both displays sync up in real time.

The cardioid principle is all about cancelling out frequencies radiated to the rear. While medium and high frequencies can be radiated in directional patterns, low frequencies are spherical. This often leads to an unpleasant excess of low bass on and behind the stage. Organisers are also increasingly setting precise demands for sound distribution, for example in marquees and urban stages.

The SONAR 115 SUB D meets all the requirements, both mechanically and acoustically, to implement effective cardioid setups quickly and easily, reducing the low bass radiated to the rear by up to 30 dB! This not only makes performing on stage much more relaxed, it also results in a better sound, as microphones no longer pick up unwanted low frequencies.

A second SONAR 115 Sub D can be used to increase the sound pressure level in the bass range. The classic full-stack setup (shown on the left) with two subs projecting forward boosts the sound pressure by level 3 dB in all directions. But what makes the SONAR 115 Sub D so special are its cardioid capabilities. It has two special presets that allow you to configure a cardioid setup (shown on the right), where the lower sub projects to the rear, without the need for any complex calculations or time correction.

To do this, simply direct the lower SONAR sub to the rear and select the Cardioid Rear preset, and direct the upper sub to the front, selecting the Cardioid Front preset. Now both subs can play perfectly together without having to make any further adjustments.